In listening to these R&B, Soul, Urban, or whatever we refer to our station formats now it appears that those seeking such impact have won the initial skirmish that, IMO, occurred under the Ronald Reagan administration’s deregulation of the broadcast 7-7-7 prior ownership rule. Before Reagan became President of the United States, and Governor of the State of California he had been President of NAB (National Association of Broadcasters) which for this dissertation I think is important to remember. Prior to the early 1980s you could only own 7 AM-7 FM and 7 VHF-UHF TV stations, and only one of each in a given market. However, under deregulation one company or someone with the money like a Rupert Murdoch could own as many stations as they could afford in one market or multiple markets. Once you have control of a communicative vehicle you begin to establish the agenda. It was NAB who fought against expanding minority broadcast ownership in expanding the FM band as minorities requested of the FCC (Federal Communications Commission) in 1977-78 but with limited success.

Thus, the Reagan administration went to the extent of authorizing the creation of hundreds of minimal 10 Watt FM stations around 1980 in the Non-Commercial spectrum of the FM band, which is from 88.1 Megahertz to 91.9 Megahertz, everything in terms of megahertz from 92 to 108 FM is considered commercial. Thus, they allowed more minorities to enter broadcasting but limited their signal capabilities and their economic ability to survive without risk of being shut down for violating FCC rules against advertising in the Non-Commercial/Educational spectrum of the FM band. I revisit the zealous energy that record labels would come into our station around 1977 with armloads of disco records and a tailored argument as to why the “Mickey Mouse Disco” should be placed on our R&B playlist. 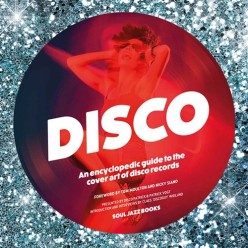 The conclusion is that there has always been a zealous interest in impacting communication vehicles that had a major impact on the African-American community but broadcast research organizations like Arbitron, Nielson, Radio Scope and others had to reluctantly admit that those R&B communicative vehicles also had a considerable impact upon the white (or general market) community as well and if you controlled all of them you could go even further than passing the Mickey Mouse Disco off as R&B music. My conclusion is that until we the people are committed to fully controlling the economic reigns within our community by investing a portion of the annual $2 trillion dollars we generate and put back into the national economy in our own business people who have our interests at heart, our situation regarding the illusion of the collapse of interest in our artistic creativity shall remain dire. By failing to have full control over those communicative vehicles that so importantly impact us socially, politically, and economically will continue to remain in the hands of the limited few due to broadcast deregulation whose agenda is to impact what you think is valuable or not valuable. Not only will this be reflected in Adele, Timberlake, Beiber, and Thicke year after year making millions of dollars in an art form blacks created, which by the way I am not against; however, others will not stop attempting to make you believe that our artists no longer appreciate melody, rhythm, and harmony or the art of creating the love ballad. The very thought itself should make one suspicious.