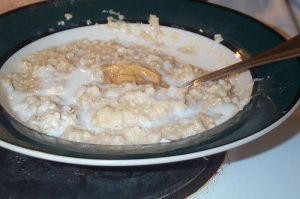 The title above suggests that the public is being served the same old gruel or same slop warmed over relative to the Simpson case.  This year, in particular, there are so many documentaries, docudramas, and hidden tapes to reaffirm the same old, same old, OJ Simpson is a murderer allegation that we proclaim is a false narrative.  In this 20th anniversary of the murders that took place it makes you wonder, is their a hidden agenda in promoting this narrative beyond the obvious of pecuniary gain? 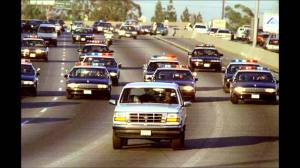 Some of us even wonder, will the day ever come when a producer is unafraid to move beyond the lure of (money) to have the guts to tell the whole truth about the lives and backgrounds of the people associated with this case, or will the children of Nicole and O.J. have enough fortitude to get beyond their own fear to demand the truth, and challenge these willful lies told by sworn court officers to the extent of undermining the total credibility of the U.S. Justice System.

It is time to get beyond intentional false allegations masquerading as truth and make those hiding their hand stop concealing what they know truthfully casts considerable doubt or eliminates Simpson as the murderer altogether. There are enough sordid details to go around, but rather than linger on inter-familial irregularities  which one can read in a few good book titles, such as Double Crossed for Blood, Pursuit of Exhibit 35 in the OJ Simpson Murder Trial (literally a compendium of knowledge), and The People vs. OJ Simpson.  I want to focus on the laxity of the press to let down its guard and give a go-pass to lying law enforcement officers. 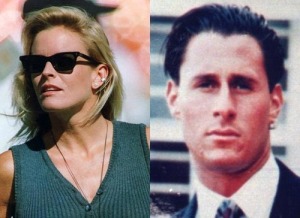 The perennial problem that continues to revolve is that we can’t get beyond examining only evidence geared to finger Simpson, even though other investigators have found evidence intentionally suppressed that points away from him.   Some of these broadcast networks appear to know it, because they have received requests at various times over the years for appearances by independent investigators, but to no avail.  They media networks would also rather pretend to stick their heads in the sand and not ask presumably dangerous questions.  However, if you are going to safe guard a democratic republic what choice do you have but to challenge the status quo, and by all means not accept on face value what you are told.

Thus, if a clean cut police detective tells you that Simpson is guilty based upon what the detective has in his left hand, are you psychologically obligated to accept his one hand evidence as fact?   What is held in one hand while the other is held behind the back should never be satisfactory to conclude someone’s guilt.  News journalists for sure should know this and not allow it to rule over their intelligence and principle of fairness.

Let us examine one on-line news organization, who you would assume would be or would have been continuing to investigate a case so infamously memorable in the minds of the public as the Simpson case.  The September 26, 2015 edition of the British UK Telegraph News finishes their latest O.J. Simpson article by stating,

“Perhaps the key moment recorded on the VHS footage showed Simpson being presented with a photograph of himself wearing a pair of Bruno Magli shoes nine months before the murders.”

Now let’s look at this objectively, rather than in a comfort blanket of subjectivity.  Even though we may see the picture in the one hand, does it truly show Simpson in a pair of Bruno Magli shoes nine months before the murders?   The validity of those photographs were thoroughly challenged during the civil trial by a self trained professional photo expert, Robert Groden.  His pedigree was that he was the only one out of many academically trained experts to receive a perfect score to be on the Warren Commission as a photo expert to examine evidence related to the John F. Kennedy assassination.  However, we have our own questions regarding these shoes that need to be answered.  We believe that true credibility lies in the additional questions that should be asked of the FBI agent, William Bodziak, who brought the allegations of a Bruno Magli size 12 shoe to our attention.

One thought on “Getting The Same old, Same old Slop Warmed Over! Relative to the OJ Simpson Case.”