Now with the flood waters ravaging the infrastructure of South Carolina, and threatening old flimsy constructed dams with these historical 1,000 year rains, Senator Lindsey Graham, feigns temporary amnesia in regard to being reminded about casting his “No” vote in Congress to deny New Jersey and New York federal emergency assistance in the wake of the devastating destruction of Hurricane Sandy. 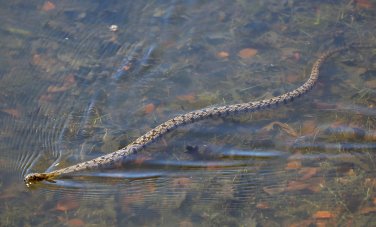 Now Graham says that he can’t seem to remember what his vote was in this tragic natural disaster that ravaged the upper eastern seaboard.  It’s sad that politicians like Graham feel that they must play to the negative sentiments of a voting constituency that they would deprive people in need the help that only a national government can provide.  Even when seeing these wannabe hard core Tea Party Carolinians driven to tears in the midst of this natural disaster, my first mind is to say, how do you like how nature is beating you down, with no one coming to your assistance?  However, I personally feel that it would be a blasphemous act for me to engage in, because my Mother’s voice would remind me, “God doesn’t like ugly”.   I’m certainly glad that the Obama Administration sees it the same way and is not willing to procrastinate and play games with these people’s lives in this dangerous situation.  However, Lindsey, you need to remember the old adage, “Do unto others as you would have them do unto you”.   This should be your philosophical mantra when it comes to rebuilding the physical infrastructure of this nation, the roads, the bridges, the railroads, the electrical grids, all need to be rebuilt and would put hundreds of thousands of people to work with good jobs, and strengthen the nation’s tax base, and thus replenish the national treasury.  Just think about it, don’t make any hasty decisions, because  we all know that ridding the poison of hate from one’s system is a laborious effort in itself, but just think about it….