Whose foot fits best in these shoes………….? 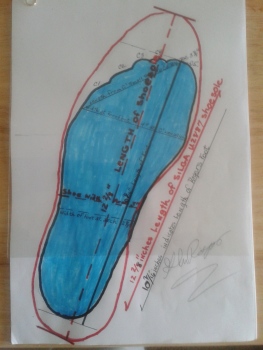 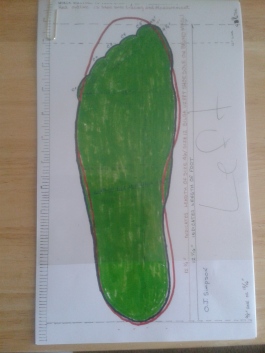 The above title actually becomes the question, what does happen when facts collide with fiction particularly in the O.J. Simpson case?  The fact is, there has been an organization that quietly has gone about its work for the last 20 years re-examining the accuracy of alleged evidence in the most celebrated trial of the 20th century, the 1995 OJ Simpson trial.

That organization’s name is taken from the abbreviation O.M.I.G. (sounds like O-MIG), which stands for the Ocean Medical Investigative Group,  and it unofficially was organized in 1997 though its work began in the fall of 1996.  As OMIG methodically went through their analysis of evidence that had suspiciously reached their desks related to the trial, they noticed certain irregularities that contradicted the zeal to pin the murders on O.J. Simpson.  One of these areas of conflict their investigators would later discover around the year 2000 were irregularities associated with the testimony of the shoes that made the prints in blood at the 875 South Bundy Drive murder site, home of Nicole Brown Simpson.

Several shoe prints fit neatly inside the sidewalk tiles at Simpson’s wife’s residence leading towards the back gate.   After weeks of searching the transcript testimony, the investigators would find Det. Tom Lange answering the question of their dimensions posed by Deputy DA Marcia Clark.  Lange’s response was that the sidewalk tiles were 11 and 1/2 inches square.  OMIG now had what they needed to justify asking the Italian manufacturer, SILGA, the contractor who provided the shoe soles to Bruno Magli, to send them a sample of the size 12 shoe soles from SILGA’s U2887 rubber mold.

One of the reasons they missed this inconsistency is because of seasoned detectives, according to the author of A PROBLEM OF EVIDENCE, Joseph Bosco, for the first time in over twenty years, took no notes in the Simpson murder investigation.

They decided they had the actual killer in less than 24 hours, based upon a glove found at O.J. Simpson’s Rockingham estate found by detective Mark Fuhrman.   That discovery OMIG would find had its own set of problems, such as being almost a half football field in length away from where the blood was found.  This implied that if it was Simpson’s blood that Fuhrman and Brad Roberts found, somehow Simpson stopped bleeding when he walked along his neighbor’s property line 160 feet and crossed the fence by Kato Kaelin’s bungalow.  Fuhrman reported no blood for the return 160 feet back to the inside gate entrance where he found 8 drops of blood.  The thought of Simpson covering the total distance of a football field without leaving drops of blood along the way is absurd.  The closing out of the investigation in such a short period of time would ultimately expose the levels of malfeasance that occurred by LAPD officers as well as members of the DA’s office.

Actually, the time for the detectives to arrive at their conclusion of whodunit’ took no more than 15 hours from approximately 12:15 AM when the first patrol officer, Robert Riske, arrived until 3:15 PM when the detectives decided that the yellow crime scene tape could be taken down.   That is the degree of investigation that two veteran detectives of the LAPD’s Special Investigation’s Division conducted in this precedent-setting case. 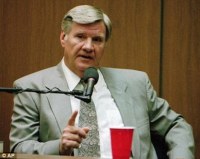 Being outsiders OMIG investigators as far back as late December 1996, when sitting down with Simpson civil attorneys to show them the irregularities, they knew that they did not have the liberty of playing fast and loose with the evidence in this case.  Their examinations had to be thorough after finding the first serious problem in the autopsy report on Nicole Brown Simpson, which their soon to be designated chairman, Dr. Henry S. Johnson, determined from the exit wound measurements was killed by a left-handed assailant.  Later in 2014, Glen Rogers awaiting execution on death row in Florida would provide an explanation of his being left-handed, something that his brother Claude had told OMIG investigators with Dr. Johnson in January of 2001. 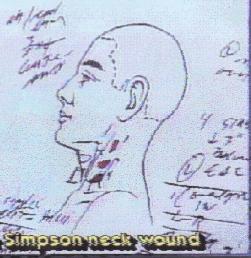 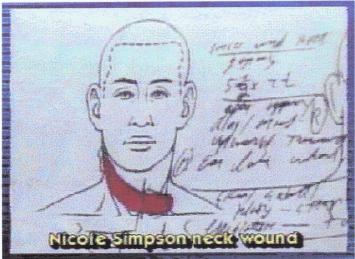 In a 4 page letter sent in 2014 by Glen Rogers to OMIG Investigative team leader, T.H. Johnson, one of many sent over the last 16 years, the Florida death row inmate Rogers discusses his use of his left hand, reaffirming Dr. Johnson’s 1996 theory that the person placing those stab wounds above on the left side of Nicole Simpson’s neck with the sharp edge of a single edge knife facing the rear was a left-handed assailant like Glen Rogers.  Rogers by this time had slit the throats of three women he’s on death row for now within a week’s period of time, Linda Price of Jackson, Mississippi, Tina Cribbs of Tampa, Florida, and female victim Andy Sutton in Bossier City, Louisiana between October 31, and November 8, 1995.  All of these women were whom Rogers had been intimately involved, as well as documents sealed by a Superior Court Judge in Los Angeles, in 1997, indicating he’d been in close proximity to Simpson’s ex-wife, Nicole. 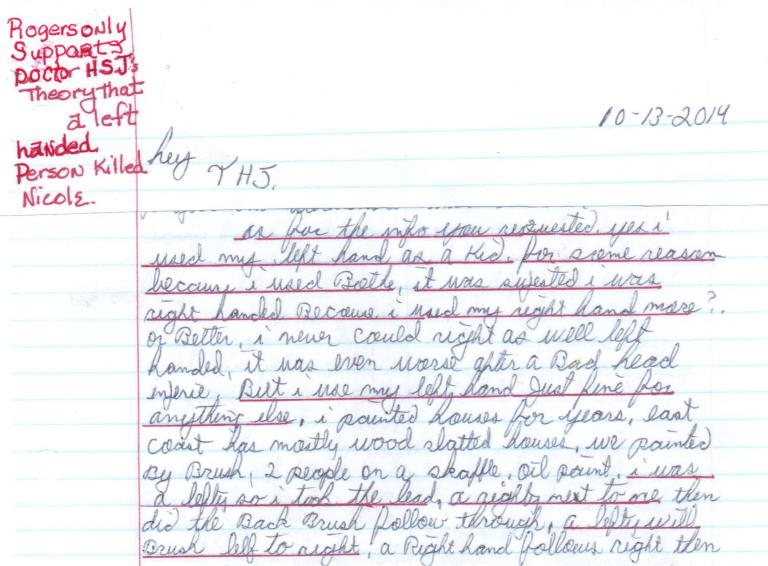 Dr. Johnson is shown in an  interview below with the ultimate antagonistic O.J. demonizing journalist Geraldo Rivera.  It’s so called journalists like Rivera that reflect a problem with the evidence in the Simpson case.  They supposedly represent the most powerful entity to expose malfeasance and corruption among government officials, the press; yet they did such a miserable job in examining what had been fed to them regarding evidence in the Simpson case.  Now, in order to save face, they become more of a problem in blocking investigators from Dr. Johnson’s OMIG group from being allowed a platform to present their findings, as they have allowed for the charlatans in this case, whose investigation stopped at O.J. Simpson, like the above detectives and the FBI Special Agent to the right of Dr. Johnson, William Bodziak. 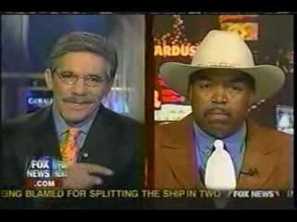 Geraldo on the left, with Dr. Henry S. Johnson the internist from L.A. who was ultimately provided the autopsy reports on Nicole Brown Simpson and Ronald Lyle Goldman. FBI Special Agent, William Bodziak, on the right, was used to place Simpson’s foot in the Bruno Magli Shoes at the murder site.  However, Dr. Johnson’s OMIG investigators prove that Bodziak’s analysis has problems and may have led to his unceremonious release from the FBI.

So whose foot does fit best in the alleged Bruno Magli shoe sole, the above blue foot tracing of Glen Rogers or the Green foot tracing OJ Simpson?  That is the question that the FBI investigator failed to determine that now casts a shadow over that agency once again.  Therefore, now you can decide. 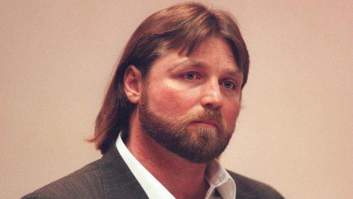