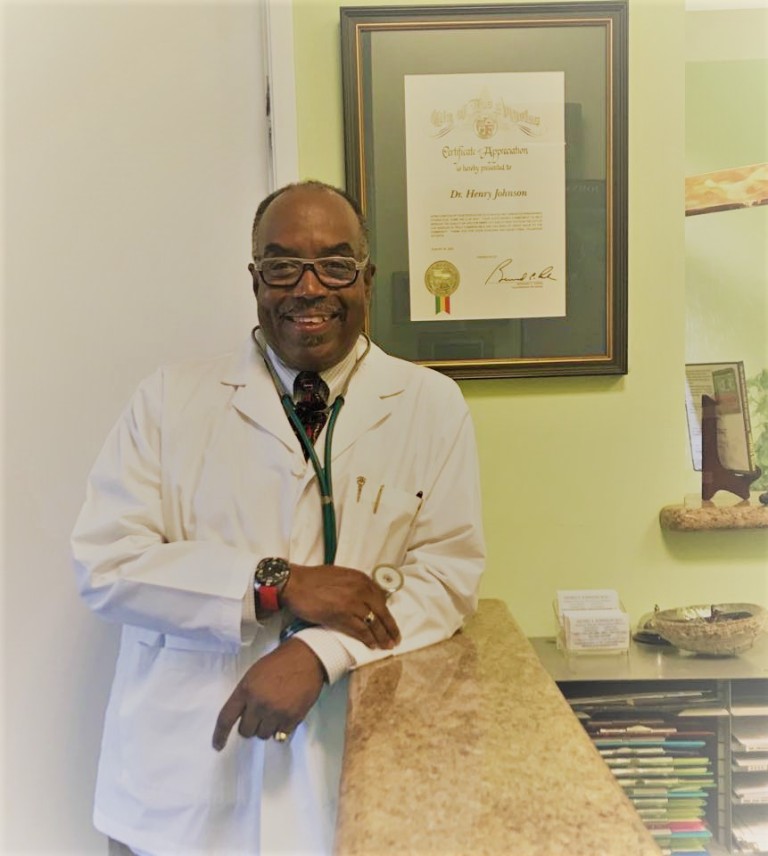 Years ago, almost 21 to be exact, in the fall of 1996,  Dr. Henry S. Johnson a California medical doctor who operated his practice at a clinic in the Los Angeles southwest suburb of Hawthorn was surreptitiously given the autopsy reports on the two murdered victims, Ronald Goldman and Nicole Brown Simpson, in the O.J. Simpson murder trial of 1995.   After a lengthy analysis of the autopsy protocols, it did not take Dr. Johnson long to discern that there were multiple killers involved in those murders.  He also determined upon reviewing the reports that a right-handed assailant and a left-handed assailant were involved in the attacks and the more lethal based on the description of the fatal exit wounds by the actual medical examiner, Dr. Irwin Golden, was the left-handed attacker.

Two descriptions within the reports led Dr. Johnson to believe that a lefty was involved, the first was this photo above of Nicole Brown Simpson showing 4 deep stab wounds in the left side of her neck.  Dr. Golden, the medical examiner, went on to describe the exit wounds in Nicole’s report indicating what appeared to be a single edge knife that made these wounds with the sharp edge of that knife pointing over Nicole’s left shoulder.  This is what brought Dr. Johnson to arrive at the highest probability that a left handed attack on Nicole was the more plausible assault.   However, his proclamation of a left handed assailant is contradictory to the prosecution’s substitute medical examiner brought in to replace Dr. Irwin Golden and present a different narrative.   According to Dr. Lakshmanan ,  only one right-handed assailant (O.J. Simpson) wielding one single edge knife was responsible for delivering all of the fatal wounds to the two victims.  This allowed the prosecution to maintain the focus on Simpson as the lone killer of the two victims.

The medical examiner’s report on Ronald Goldman indicated the opposite of Nicole that he was likely attacked by a right handed assailant due to what the doctor noted as 23 stab wounds to the right side of Goldman’s face and neck.  In Dr. Golden’s report, he noted that those wounds to the face and neck carried the signature of a double edged knife or dagger unlike the single edge knife wounds found in the exit wounds of Nicole Brown Simpson’s neck.  Dr. Johnson opined that it was much easier for the left handed assailant to almost decapitate Nicole at the same time they had stabbed her in the left side of her neck and would have maintained more kinetic force drawing their knife from right to left starting under her right ear and across Nicole Simpson’s neck rather than a right hander returning to Nicole after allegedly knocking her unconscious to the ground in order to move towards attacking and killing Goldman.  The need to return to apply the coup de grace to Nicole and half way decapitating her is required by a right handed assailant in order to re-position the sharp edge of the single edge knife blade.  There is no need for a left-hand assailant to return since the sharp edge of the single edge knife is effectively positioned to stab and slash the throat of Nicole in one encounter rather than two.

However, it was the description of a certain fatal stab wound to Goldman’s right side in a second diagram that convinced Dr. Johnson that a left hander was involved in simultaneously attacking Goldman while he was preoccupied with the right handed assailant.  The lefty is alleged by Dr. Johnson with delivering a fatal wound to Goldman’s body as well.   That wound is found on the right side of Goldman’s body, delivered as a hook into his ribs going all the way through to puncture the bottom of his aorta fatally causing internal bleeding.  The signature of that knife exit wound according to Goldman’s autopsy report is indicative of a single edge knife with the sharp edge facing eyes forward.  The implication according to Dr. Johnson in 1996 was that a second assailant was attacking Goldman from the front and wielding a single edge knife in his left hand whereby he delivered a fatal upward hooking blow to his right side.

By 2000 his brother, T.H. Johnson, also a member of the OMIG investigative team, located documents within the L.A. County Superior Court that indicated a connection between Nicole Brown Simpson and a serial killer now on Florida’s death row named Glen Edward Rogers.   The documents T.H. Johnson found were sealed by a judge who also secretly issued orders aiding the removal of crucial evidence, along with all 1,009 pieces of evidence from the Simpson case file within the court’s exhibit department.   In January of 2001 both Johnson brothers would meet with Glen roger’s brother Claude and a former private investigator, Joyce Spizer, at the Ontario Airport Hilton Hotel.  There Dr. Johnson would ask Claude Rogers whether his brother was considered to be right or left handed.  Both Claude and Spizer would claim that Glen was left handed; he was also on death row for the murders of 4 women in approximately 6 weeks time, three of them slashed and stabbed with knives.

T.H. Johnson had made contact with Rogers earlier in May of 2000 when he was not permitted to view more of the redacted documents sealed by the judge that seemed to indicate a connection between Glen Rogers and Nicole Simpson but were blacked out to prevent a clear connection.   In the first response letter he received from Rogers in 2000, he admitted that he knew Nicole and others associated with the Simpson case.  However, it would not be until the year 2014 that in another of the many letters exchanged between Johnson and Rogers that Glen Rogers would brag about his prowess of using his left hand, as seen in the second page of his letter below.

If you note in the letter above, T.H. Johnson was able to get Rogers to open up and communicate over 14 years because Johnson had provided Rogers information which may have according to Rogers held up his execution in Florida.  Under a California file marked P.C. 187 as Rogers notes was information that Johnson discovered where the same Los Angles County Superior Court Judge who aided removal of potential exonerating evidence from the Simpson case file, concealed pre-trial medical examinations indicating that Rogers was afflicted with a psychiatric disease he’s had since childhood called acute intermittent porphyria (A.I.P.), aka Mad King George’s Disease.  Johnson told Rogers in his opinion that if he was afflicted with the psychiatric illness then that should have been considered first before he was to stand trial.

It should have occurred in both Florida and California, but Johnson reasoned that Florida may have not understood the extent of the 6 or 7 strains of the porphyria disease; all but one of the strains generally attack the appendages of the body due to an extreme sensitivity to sunlight.  However, it appears that California knew of the impact of the psychiatric strain of the disease but concealed it in order to try Rogers for the murder of Sarah Gallagher in California.  They found him guilty in a non-publicized trial and immediately shipped him back to Florida’s death row.  The connection to Nicole Brown Simpson as well as to Rogers’ medical condition was brought out in a civil service petition by a Deputy L.A. County D.A., Lea D’Agostino, who was removed from the Rogers case after getting him brought from death row in Florida to stand trial in Los Angeles.  D’Agostino was considered to be a political rival to then present D.A. Gil Garcetti but the information in her grievance petition was sealed too by the same judge in 1997.

These documents were sealed before and after the judge aided the removal of documents from the Simpson case file in April of 1998.   A.I.P can be very dangerous for an individual like Nicole to be in close proximity to someone affected by a sporadic attack of the disease.  The affected person can become psychotic, paranoid and schizophrenic, violent and full of rage due to bipolar mood swings caused by an over production of an iron rich enzyme sporadically attacking the brain.

It is called Mad King Georges Disease and named after the British monarch, George III, who was king at the time of the American Revolution.  Ultimately, King George III would have to be locked away behind bars for the last ten years of his life from 1810-1820 in Windsor castle for his safety and that of others due to the dangerous psychotic effects of this disease.

In another letter sent by Rogers to one of the associates of T.H. Johnson, the left handed Rogers appeared to allege that he admitted to authorities at some point to murdering Nicole Brown Simpson.

Rogers in another 2013 letter to Johnson denied having any connection to O.J. Simpson relative to the murder of Simpson’s wife, Nicole, as was alleged in a 2012 documentary on Rogers entitled MY BROTHER THE SERIAL KILLER.  T.H. Johnson alleged the unsubstantiated allegation to be a shameful act on the part of the documentary’s British producer but par for the course for anyone desiring to sell something related to O.J. Simpson to the networks in the U.S.  Johnson claimed that Simpson has been the gift that keeps on giving for these networks.  It’s more profitable to keep the American society in a sense of anger for over 20 years and it requires continuously throwing Simpson under the bus.  They would rather do that than to do any meaningful due diligence to reconcile the contradictions in the alleged truth regarding this infamous case according to Johnson.

Our OMIG investigative team is very appreciative of the support we are receiving outside of the US which is a heavily controlled media that impacts the false things that people believe.  Since much of our support has come from Asia and maybe a dollar value is too expensive to view in your locale, we’d like for many of you to share with us in your own money or national currency what you think is fair for us to charge to see the documentary and we will try to arrange to have such a price so that many more can see this exciting and important filmed documentary below, SERPENTS RISING: The OJ Simpson Conspiracy.   So, tell us whether yours is rupees, rupiah, pounds, dinars, whatever, we look forward to hearing from you.  Your support is greatly appreciated, and we hope you will continue, thank you…….Public Relations Department,                           Ocean Medical Investigative Group (OMIG)