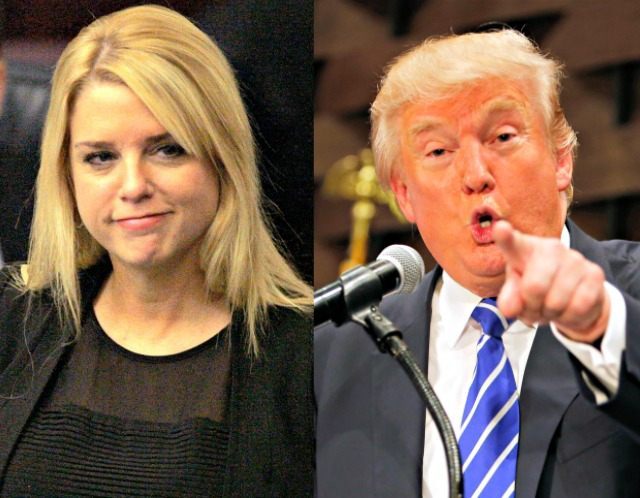 Commentary by the Maddogg

Simpson has done his time and has a right to return to his home in the state of Florida.  You, as Attorney General of the State of Florida, have voiced no dissatisfaction with the authorities of Nevada during the open time period to do so regarding his return to the state.   Your interest in Simpson now is simply an act of political grandstanding while you waste time and exhibit the unsightly stereotype of a dumb blond bimbo, Pam Bondi. 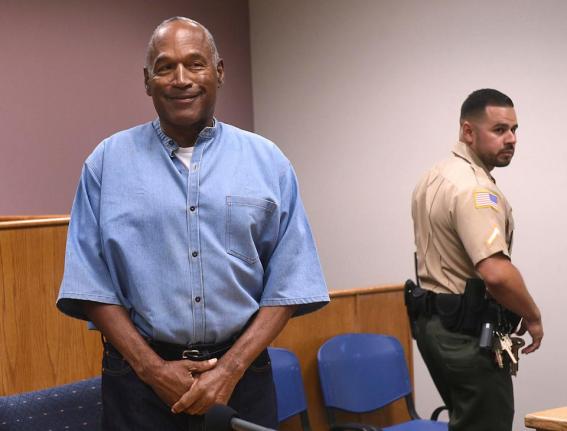 He’s paid his debt to the state of Nevada despite how ridiculously draconian and unfair the sentence he received may have seemed to many of us.   Given all of your phony rhetoric, it is quite evident that you know very little about the evidence and true facts of a case that you imply Simpson murdered two people.    What is hidden is the fact that he did not murder two people and as a sworn officer of the court, you need to stop political grandstanding and call for a production of all concealed evidence in this infamous trial.

This information is a part of the actual record of Simpson’s infamous California case sealed by a judge, John H. Reid, acting under the color of authority.   Other evidence, in particular, the telephone records of his ex-wife’s family were removed from the Simpson case file aided and abetted again by Judge Reid.  The stipulation entered in place of those telephone records created an impossible time of the last phone call from the mother, Juditha Brown to her daughter, Nicole Brown Simpson.  In order for that stipulation to be truthful changing the original time of the last phone call from 11PM to 09:37 PM based on an 08:45 departure from Brentwood, (Los Angeles) would require the Brown’s car to be traveling for many miles at speeds above 110 MPH.  11 PM would have eliminated Simpson as the killer since it placed him in the back seat of a limousine to LAX.  These are the kind of things you should be vocally denouncing if you were truly interested in justice in the Simpson case, Ms. Bondi. 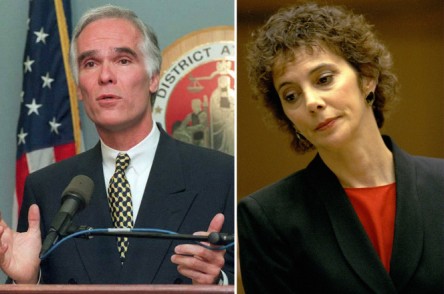 This is evidence that would have obviated the need to even have the abominable mock trial of 1995 that has poisoned not only your mind but the mainstream of public discourse.  You have the official power to examine many of these documents that involve persons incarcerated in your own home state associated with charges brought in the Simpson California criminal trial but against the wrong person.  Besides demanding public exposure of the Florida records, you need to then put pressure on your peers in the state of California, to produce similar concealed records in that state relative to the Simpson case that were concealed to impune his integrity as an innocent man. 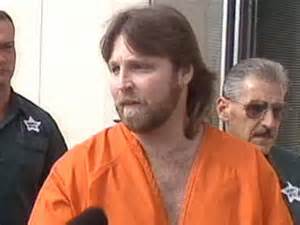 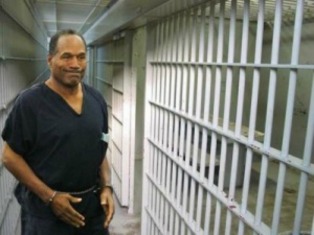 Start with the pre-trial medical records that noted the congenital psychiatric condition of Florida Death Row inmate Glen Edward Rogers who wound up killing multiple women in Florida, Louisiana, and Mississippi while on the run from murdering a female in the state of California in 1995.

Rogers is noted as being afflicted with Mad King George’s Disease, which is the nickname for a potentially violent psychiatric affliction medically referred to as Acute Intermittent Porphyria and as a result is alleged to have killed as many as 70 women with knives. 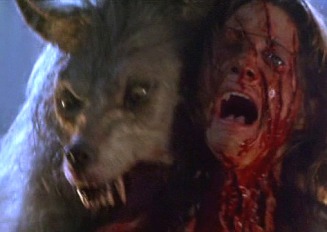 The impact of this affliction causes a level of psychotic violence that even the King of England, George III, had to be locked behind bars for the last ten years of his life for his safety and the safety of others from 1810-1820.  Even Rogers may have been denied proper due process since his Florida trial was held convicting him of murder before determining the extent of this disease’s impact on his brain.   Those proceedings should have been held first before holding a murder trial with a possible decision of him being sent to a secured mental health facility for the criminally insane.   Whether you are intellectually sensitive to it or not, I’m sure you are aware that it is unconstitutional to sentence an insane person to death which Florida clearly has a propensity for doing.

In regard to Glen Rogers in California, judicial officials have utilized the same judge, John Reid, on multiple occasions to seal documents concerning Rogers’ psychiatric illness and his relationship with Simpson’s ex-wife, Nicole Brown Simpson, while he resided in the Los Angeles metropolitan area. 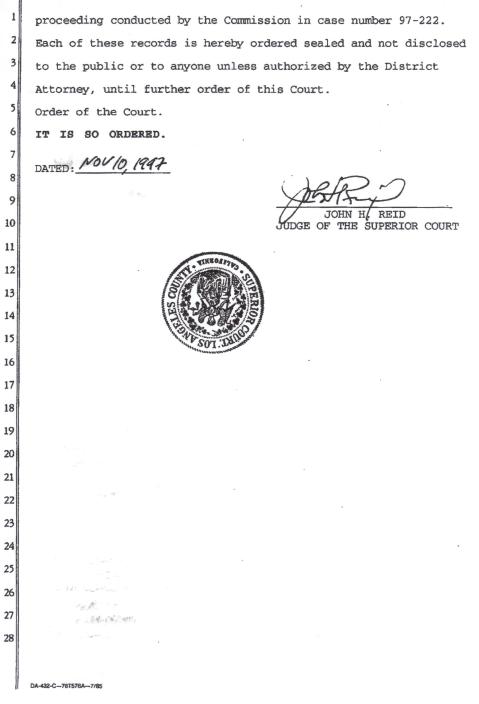 This attempt was made to bring information regarding the Rogers/Nicole Simpson relationship to the attention of the LA County District Attorney Gil Garcetti by another LA Deputy District Attorney, Lea P. D’Agostino, at the time either before or during Simpson’s criminal trial.

Whether D’Agostino, nicknamed “The Dragon Lady”, and a formidable political opponent of Garcetti intended to use her revelations as political leverage to embarrass him is unclear.  However, what is without question is that her investigation indicated that this violent psychotic serial killer was in close intimate proximity to Simpson’s ex-wife and Garcetti used his power to have it concealed by Judge John H. Reid along with the pre-trial medical examinations of California doctors who were more articulate in describing the strain of Rogers’ affliction of Mad King George’s Disease.

Judge Reid also signed other orders allowing the secret removal of documents from the Simpson case file that would have exonerated Simpson but kept from the jury in an unholy alliance of lawyers on both sides of the defense table in Simpson’s trial.  Once you get to the bottom of Rogers’ constitutional concerns, which probably give his children a civil cause of action stronger than that of the Goldman’s against Simpson in California Rogers family could probably sue the state of Florida for the unconstitutional execution of their father who may have been mentally unfit all along to stand trial for murder. 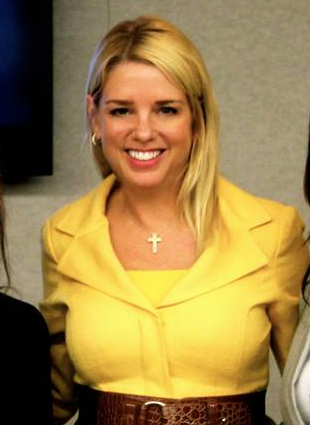 There are a plethora of things you could demand if you were truly interested in the truth in the Simpson case, including the criminal history of the decedent Ron Goldman, his father Fred Goldman’s connection to an Illinois gangster through his present wife, the ex-wife of the convicted Illinois drug kingpin/attempted murderer, Marvin Glass. 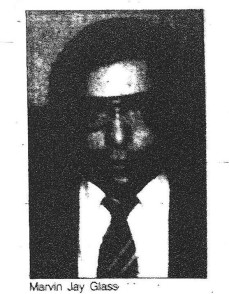 However, I doubt that you, Pam Bondi, will take any of this seriously since your act is one of political grandstanding in which you have acted in a scandalous manner yourself in taking money from Donald Trump while failing to examine his role in a sham university for which he’s accused of bilking student applicants out of enormous sums of money.   In a past news report, it appears that you choose your battles based on economic opportunity.

“Trump sent Florida Attorney General Pam Bondi $25 thousand dollars from his foundation, just as she was considering an investigation into his sham university,” says the digital ad, released Sept. 14. “She cashed the check, blocked the case, and he tried to cover up the donation.”