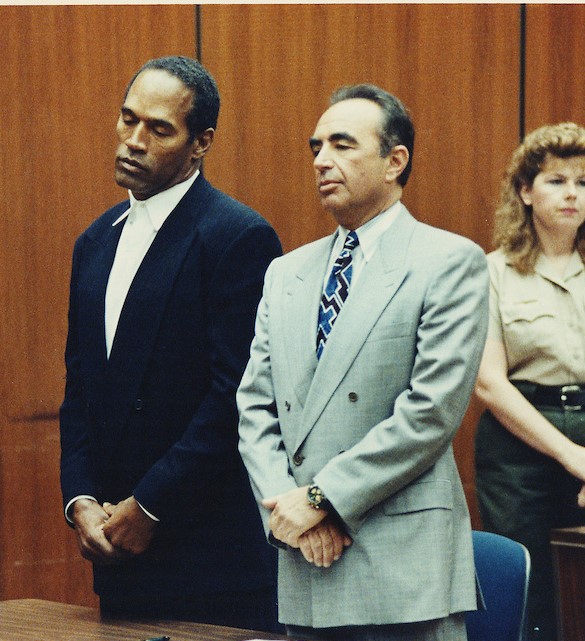 O.J. Simpson was acquitted in the criminal jury trial in 1995 only to be vilified as a murderer in the court of public opinion.  However, that arena of public discourse has been turned into a tabloid platform for the pundits and so called investigative journalists to pontificate on hearsay while doing little or no due diligence regarding the actual evidence that they’ve focused their attention in claiming Simpson’s guilt.  Each one of those popular areas of evidence, including the only piece of evidence that ties Simpson to the murders, the glove found on his property, are all problematic. 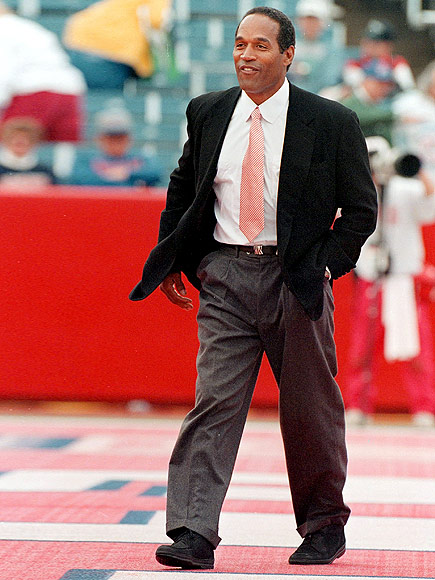 For the sake of this discussion we shall focus on the shoes and  particularly their photos which took almost two years to show up with Simpson allegedly wearing the Bruno Magli Lorenzo model of shoe at a September football game in Buffalo, New York when the Buffalo Bills played the Miami Dolphins on September 26, 1993.   Look at Simpson above walking across the end zone and its surroundings including the spectators in the stadium seats behind him.  The Bruno Magli Lorenzo model of shoe is a suede shoe, Simpson  appears to be walking casually on a dry sunny day with the people sitting comfortably in the stands in the background behind him. No one appears to be dressed for the conditions that existed prior to and just before game time.

However, listen to the 23 seconds of Dick Enberg describing the weather conditions after the first 12 seconds into the clip from that game with the play by play commentator Enberg describing the rain soaked windy conditions over the last 24 hours in Buffalo, New York.  All of the people in the stands appear to be wearing rain gear and many with umbrellas on an overcast day.  The photo of Simpson and others appears to be a one of casualness on a mild and sunshiny day.    Given the fact that those expensive $200 a pair Bruno Magli shoes are made of suede I doubt anyone with any common sense would choose to wear them out in the predicted rainy conditions that existed in that metropolis on that day. 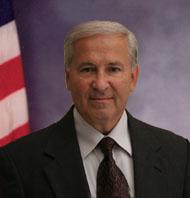 The photos of Simpson wearing the alleged shoes showed up in time for O.J.’s civil trial in 1996 to give the FBI agent above, William Bodziak, just enough cover for the irregularities found in his sworn testimony provided during the criminal trial in 1995.  Bodziak did not tell, and the defense did not press him, on how he was able to determine that the shoe soles on the bottom of the Bruno Magli shoes that were manufactured by a independent contractor called SILGA were able to be distinguished from 20 additional brands besides Bruno Magli that carried the same shoe sole from the same SILGA u2887 rubber mold.  You can see the construction of the shoe sole in the photo below held in Bodziak’s hands that the shoe sole has a raised heel which is just high enough to keep the identity plug in the middle of the shoe sole with the identity of the brand from touching the ground. 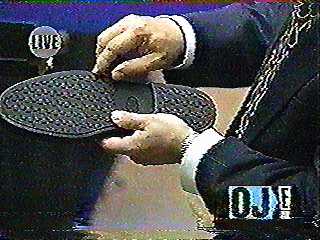 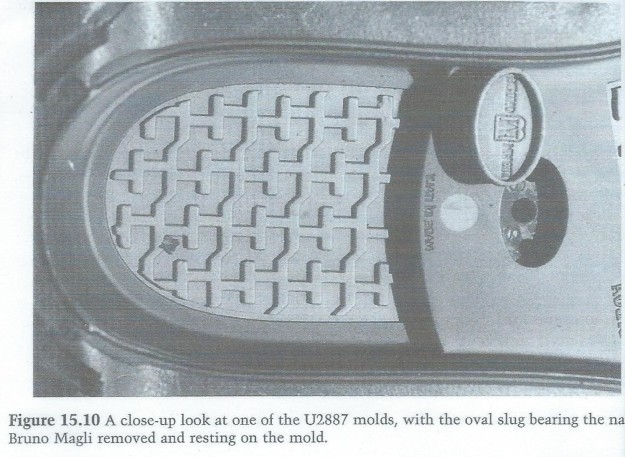 The impression that is left when the shoe sole makes its mark on the ground looks like that below.  Thus, the FBI agent put the integrity of the agency on the line with a 20:1 chance of easily being incorrect in his speculation of the brand of shoe that made that print in blood at Simpson’s ex-wife, Nicole’s condo on Bundy drive in Brentwood.

There are other problems with Simpson being in this shoe chosen by FBI agent Bodziak.  He never had a chance to compare the shoe he was given with other shoes in Simpson’s closet since his request for a search warrant he testified was denied for no apparent reason.  The problem is that Simpson’s foot neither fit inside the shoes that are seen inside the 11 and 1/2 inch square tiles at the murder site.  Nor does Simpson’s foot when measured by investigators of OMIG fit inside the equivalent US size 12 shoe sole made by SILGA’s U2887 rubber mold. 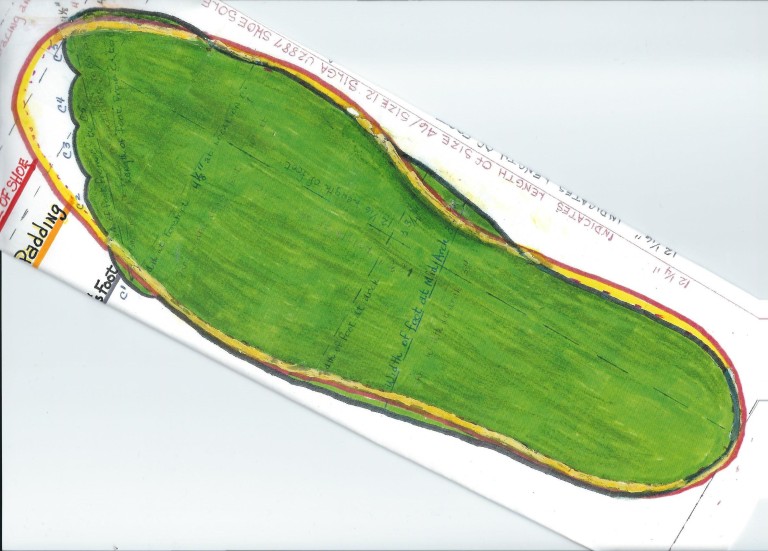 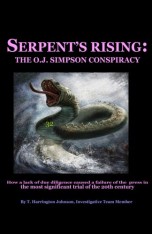 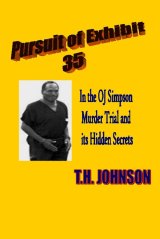 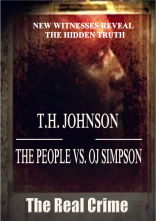