When one sees the images of little children staring out from behind walls of chain linked cages, it is not just a subtle reminder of the past but of the absurd ambivalence that those who are privileged show towards others who often cannot help themselves.   Those Latin American children who’ve been incomprehensibly torn away from their parents after a harrying journey to escape the terrors of systematic gang violence and recruitment in their own country are once more terrorized by bureaucratic storm troopers once they reach the U.S. border.  The remarks of the President of the United States and his Attorney General, Jeff Sessions, are not the reassuring comforting words offered to terror stricken souls seeking asylum but the draconian rhetoric uttered by mean-spirited ambivalent political pimps lying to the public about the less than habitable quarters to which these children are interned.   Naturally, the images do not lend inspiration to the words at the base of the Statue of Liberty, “Give me your tired, your poor, your huddled masses…”   Instead it raises the specter that if the stream of souls flooding into the US were from northern Europe we would see a different persona by Trump and Sessions.   In essence, the abominable actions of tearing families apart invoke the natural suspicion that the subtext of paranoia is behind this conduct and is driven by the need of paranoid Caucasians to preserve white supremacy on the shores of North America.

These political buffoons waste our time while casually standing around uttering ridiculous remarks while imposing heartless actions that demean and ignore the humanity of these forsaken children and parents.   Blinded by their inherent fear of losing racial superiority they automatically assume that these people are coming in mass to the U.S. to seek jobs that will upset the economic and social equilibrium of America’s economy; nothing could be further from the truth.  In essence, they have shown their loyalty and willingness to support the United States of America, so the only thing left is fear of losing one’s political dominance and becoming a racial minority.  Most of these people are not coming here for that reason, quite often it is a mother and her children fleeing the gangs recruitment of children as young as ten years old into the violent deadly gang atmosphere within those small Latin countries. 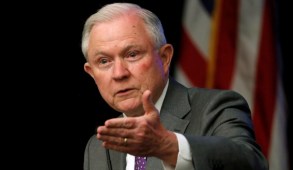 These gang problems in Latin America stem from the same gang members attempting to survive against larger gangs, i.e. Crips and Bloods, in the rough streets of the United States, particularly in Los Angeles in the 1980s.   It was in the unforgiving environment of Los Angeles where the  MS-13 and 18th Street gang originated.   They organized to survive the vicious gang warfare and domination of other stronger gang units.   Our president and attorney general conveniently ignore the genesis of the problem of organized crime that this nation exported to the fragile nations of Latin America which has fueled this northerly migration.   Long before we began deporting MS-13 and 18th Street gangsters back to Lain America’s Honduras, El Salvador, and Guatemala, the US was influencing virtually everything of significance in these countries.  It appears to be an issue now that the US is not willing to entertain its alleged extraordinary powers under the Monroe Doctrine.   These nations now may would relish U.S. support in conquering this internal problem in their countries pursuant to the Monroe Doctrine.   We’ve used it to militarily intervene in the past by threatening those in Latin American countries who interfered with US control of their banana plantations, control of the Panama Canal, or exporting cocaine to the U.S.   That is the heart of this problem and not the parents coming to the border with innocent children. 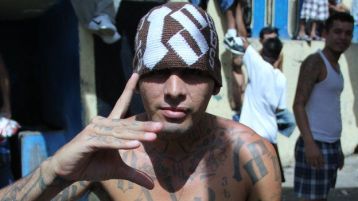 While being stuck in a quagmire attempting to fruitlessly and laughingly assert “American values” within a nation dominated by the philosophy of the 14th century Taliban, we as all other nations in the past have our hands full trying to do so by propping up corrupt government officials in Afghanistan.    For the last 2,000 years it has been repeatedly the graveyard of imperial powers and the jury is still out as to whether it will become the graveyard of our nation as well.   In the meantime, we play dumb and ignorant regarding a growing problem on our back door step in the Western Hemisphere.  This gang threat in Latin America arguably is one of our own making that we exported from the US, that threatens to boomerang back on our society.    Strong arming Congress to lend Trump a billion dollars to build an alleged impenetrable wall is not going to stem that growing problem, it must be dealt with at its roots.   Instead of addressing the 600 LB gorilla in the room, we pretend to be content with destroying the lives of infant children while tearing them away from their parents, interning them, while shipping their parents back to countries without them.   How sick can America be by feigning an appearance of competence while questionably being able to return these children to their actual families?   Then we introduce another diversion into the midst of this absurd  madness on the US-Mexican border by announcing that the US is withdrawing from the UN’s Human Rights Council because of the UN’s abusive treatment of Israel.   We appear to have no consciousness of the external appearance of this continuing incoherent political clown show.

It is a thinly veiled strategy to force the American people to give Donald Trump, the alleged master deal negotiator, the billions of dollars he needs to build some type of impenetrable wall across the US-Mexican border.   In order to fulfill some misguided campaign promise Trump has recklessly engaged in scorched earth tactics in spite of the ultimate damage it causes to these children’s lives.  America has allowed a complete degenerate to enter the Whitehouse and their support of his actions are like an involuntary response of white paranoia the result of a black man having been President of the United States.  Trump fuels and energizes his base with this need to win at any cost.   Equally, if not more despicable, are the remarks of women associated with the Trump administration, some of whom presumably are mothers themselves, condoning Trump and Sessions madness at the border. 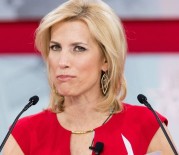 Whether it is the usual hyperbolic stupid rhetoric from the anorexic Ann Coulter,  calling the immigrant children “child actors” or another FOX female lackey, like Laura Ingram, calling these hidden chain link caged environments “summer camps” is indicative of the level of absurdity they are willing to promote.  Even the regular  incoherent ignoramus, Sarah Huckabee Sanders chimes in to utter support for this awful policy constructed out of paranoia.  The shame of it is that none of these women can empathize with children being separated from their parents.

I’ve said it before, the UN needs to ask the wealthiest nations of the world, i.e. Saudi Arabia, Brunei, Kuwait, China, etc. to provide the unlimited capital to allow the UN, if necessary, to negotiate a 99 year land lease agreement on either or both sides of the US-Mexico border. This would be to create a protected United Nations governed security zone to accept these migrants, and provide for their safety, medical, and general welfare within these UN zone sanctuaries.   It will do so for those who are fleeing violent areas of Latin America where street gangs are actively destabilizing the government apparatus of those nations.

T.H. Johnson is an investigator with the Ocean Medical Investigative Group and is the author of several books and a documentary on his organizations investigation of the OJ Simpson Murder Trial and the conspiracy associated with it. 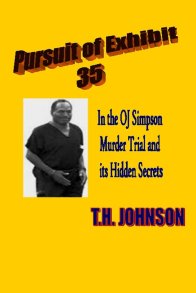 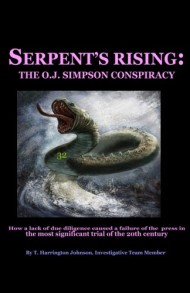