Strange Birds: Opening
A case of deceit and Internal attack of sworn officers of the court in the OJ Simpson case

INTRODUCTION
For three months between August and November of 1994, a person of interest was providing credible information to the attorneys who were members of the OJ Simpson defense team well before either side had completed its own discovery of the evidence in the case. This person of interest resided a thousand miles away and was removed from the rapidly expanding activity surrounding the OJ Simpson case. He was reaching out to Simpson’s L.A. defense team from the city of Denver, Colorado. 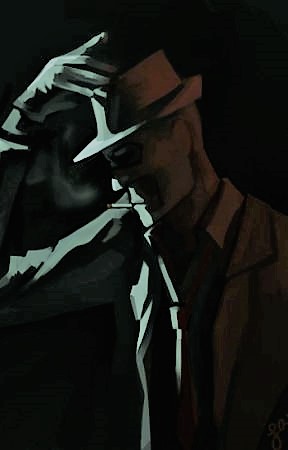 The defense team in this instance prior to a pending meeting between them and the stranger was led by the impatient, nervous eyed, African-American chief of staff of the Cochran law firm, Carl Douglas. He finally invited the Denver carrier to the table in the lawyers’ conference room at Robert Shapiro’s office in Los Angeles at the end of the first week of August 1994.

In vetting this outsider, he was put on notice of the alleged thousands of individuals wanting to provide the Simpson defense team with information regarding the case, much of it they’d concluded was worthless. It was a back handed admonition to the long-distance traveler warning him not to waste their time with bullshit. Although, he would be roughly handled along with his introduction lawyers who attended the meeting as well, this Denver traveler’s information in the end stood up and that which he continued to come forth with would ultimately stand up as well. Thus, the improbability of a distant traveler’s success gave the Simpson defense team an insatiable appetite for more and the idea of making him their own controlled secret weapon.

Now why did his revelations stand up and what was so important for the defense team to continue to call this man back to the table, even after he had returned to Denver? He left the hectic activity and pompous atmosphere of these L.A. lawyers feeling somewhat dejected but relieved of an emotional burden knowing that he had done his best to deliver the sinister information that came from within the bowels of their LAPD organization. The depth of depravity that he was told that had begun to infect this law enforcement agency was complete. The LAPD, Los Angeles Police Department, whose duty it was to protect and to serve all citizens fairly in Los Angeles, had a reputation largely built around television; after all they’d long become an invaluable product of Hollywood. Most of us saw its image of integrity via shows like Adam 12 or Jack Webb’s Dragnet, those are generally the first thoughts regarding the nobility of the LAPD that comes to mind. They were intentionally crafted that way and always sought the blessing of William Parker as far back as 1949 when Jack Webb first presented the radio concept of Dragnet to Parker for his blessing. However, what this wayward traveler was told painted a darker sinister image of the police department more akin to the movie “L.A. Confidential” than “Dragnet”.

This dichotomy of what this department was now becoming in its association with the Simpson case is what motivated the Denver traveler to act in the first place. Hence, the anonymous insider within the LAPD was ultimately successful in finding their carrier.   Although others in the meeting, like the defense’s own former LAPD now defense investigator, Bill Pavelic, appeared less than impressed with the Denver traveler, Douglas while feigning a sense of incredulity secretly reserved his judgement. After that meeting ended in L.A., on August 08, 1994, unbeknownst to the traveler was that the brusque and impatient Douglas was quietly intrigued by what the long-distance carrier had brought to the table. He displayed his interest by easing away from the others after the adjournment and meeting the traveler at the elevator on his way out to quietly tell him to bring him some more.

Something about Douglas’ ambiguity implied that there was distrust within the newly organized “dream team”.  He soon took it upon himself to check out the strange tale that this long-distance traveler had brought to the defense table by going to the police department’s evidence room. Once there he saw for himself what the Denver traveler had told him was to be found in crime scene photographs as well as with the glove discovered by Detective Mark Fuhrman at Simpson’s Rockingham residence. 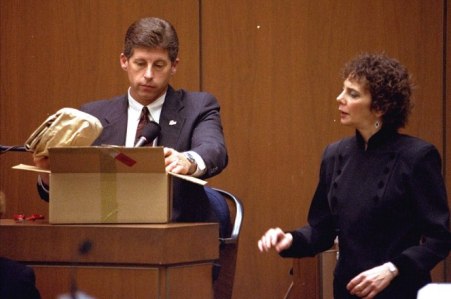 It turns out that the evidence Douglas was told would be found at Simpson’s estate, were things that neither the defense nor the prosecution knew by August 1994.   What the traveler told Douglas was proven to be there in the collection room of the police department.   As a result, the Denver traveler would be called back to L.A. and they would even offer to pay him for becoming their undercover operative to bring them more?   However, the offer of payment did not come immediately since Douglas, Cochran, and others wanted to know whether the first evidence was a fluke; was it a coincidence or not? Carl Douglas and the others wanted to again put the long-distance traveler to the test, so they told him they wanted something else.   The reason why is because what this individual had apparently brought the first time was coming from a reliable anonymous source inside the LAPD (Los Angeles Police Department).

The Denver Traveler, whether being aware of it or not, had opened the door for the anonymous source to address this infection within the core of arguably the most politically influential and powerful police department in the United States.  The traveler would convey to the anonymous insider the desire of the defense team for more solid leads. What the insider would give him to bring next ‘will become the backbone of this story and lead to further revelations of a continuing cover up and concealment of exculpatory evidence in the most celebrated case of the 20th century; the OJ Simpson murder case and its subsequent “trial of the century”.

T.H. Johnson is an author of three books regarding the Simpson case and producer of the documentary SERPENTS RISING: The OJ Simpson Conspiracy which is available on-line at Amazon 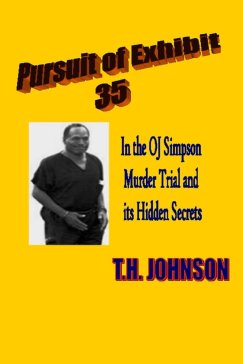 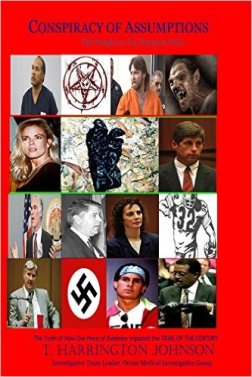